RSS Feed
← Blog Tour with Review: A Place Without You by Jewel E. Ann
Release Blitz: Thinking About You by Monica Murphy → 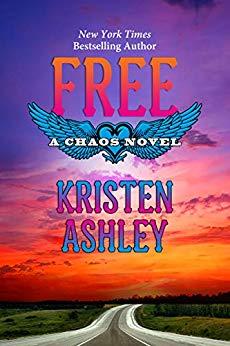 Through good times, bad times and times of war, Cole “Rush” Allen grew up in the Chaos Motorcycle Club. Along this journey, he watched his father, Tack, and his MC brothers fight, sweat, bleed and die to steer the Club to legitimacy.

And they’ve got one more battle on their hands.

A battle they have to win.

But when Rush meets the woman who put herself right in the thick of it, he knows he has to stop at nothing to get her out.

Rebel Stapleton has lost someone she loves to murder and she’s the kind of woman who’s going to do something about it. She puts her career on the line, and her life, to bring the man who did it to justice.

That is, she does this until Rush Allen intervenes.

Chaos is at war and they’re about to face the ultimate showdown. They’ll have to negotiate skeletons from the past, enemies becoming allies, and loved ones in the line of fire on their ride to be…

Posted in Adult, Amy, Coming Soon, Contemporary Romance and tagged Can't wait!!, Coming Soon, Waiting For Wednesday. Bookmark the permalink.
← Blog Tour with Review: A Place Without You by Jewel E. Ann
Release Blitz: Thinking About You by Monica Murphy →