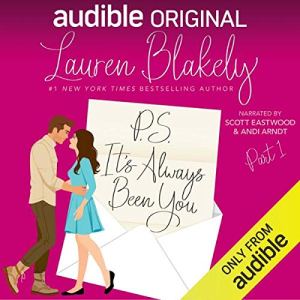 Narrated by Scott Eastwood and Andi Arndt, a sweeping, second chance romance that weaves mystery, passion, and humor as two present-day lovers search for a love story from the past….

Past loves should stay in the past.

After the way my first love took off for the ends of the earth, the last thing I want is to see him on billboards and bookstore bestseller shelves. Now my boss just handed me the project that could make my career. All I have to do is partner up with the man, the myth, the legend – adventurer Hunter Armstrong.

That’s easier said than done, because when we reconnect, I learn Hunter has his own agenda on this project. And it’s not to find a treasure in art and antiques. It’s me. But what we discover shocks both of us, and we have no choice but to follow the clues….