She’s pregnant with another man’s baby.
He’s now the father to his little niece.
A sexy romance with all the feels!

After a childhood of bouncing from one foster home to another and a series of failed relationships, I’ve taken matters into my own hands when it comes to starting a family.

Or rather, someone else’s hand. And a plastic cup.

I’d rather be a single mom than be let down again, and I’m definitely not looking for a baby daddy. That includes sexy workaholic game designer Wes Chiasson, thank you very much.

My software company has been my number one, two, and three priorities. But that all changes when I suddenly become the guardian of my three-year-old niece. Now my world has turned topsy-turvy with princesses and little-girl tea parties.

When Hannah Morrell needs a place to stay after the pipes in her apartment burst, I invite her to move in with my niece and me. Hannah is a pediatric nurse, and given my situation, who could ask for a better roommate?

It is—until emotions get tossed into the mix. Because if there’s one thing history has taught Hannah, it’s that the people who’ve gained her love can’t be trusted. 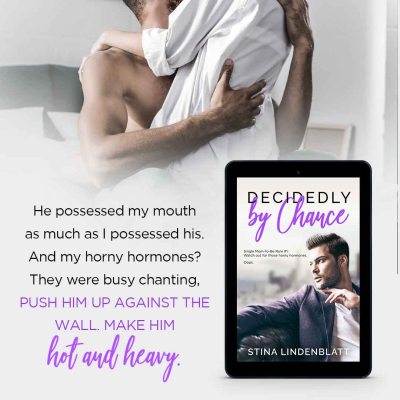 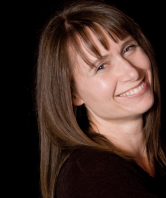 Born in Brighton England, Stina Lindenblatt has lived in a number of countries, including England, the US, Finland, and Canada. This would explain her mixed up accent. She has a kinesiology degree and a MSc in sports biological sciences. In addition to writing fiction, she loves photography, especially the close-up variety, and currently lives in Calgary, Canada, with her husband and three kids.
Author Links
WEBSITE
FACEBOOK
FACEBOOK GROUP
TWITTER
INSTAGRAM
PINTEREST
BOOKBUB