Review: On the Corner of Love and Hate (Hopeless Romantics #1) by Nina Bocci

For fans of Christina Lauren and Lauren Layne comes a delightfully sassy and sexy romance about a campaign manager who reluctantly works with the local Lothario to help revamp his image for the upcoming mayoral elections, only to discover that he’s hiding something that can turn both their lives upside down.

What’s a campaign manager’s worst nightmare? A smooth-talking charmer who’s never met a scandal that he didn’t like.

When Emmanuelle Peroni’s father—and mayor of her town—asks her to help rehab Cooper Endicott’s image, she’s horrified. Cooper drives her crazy in every way possible. But he’s also her father’s protégé, and she can’t say no to him without him finding out the reason why: Cooper and her have a messy past. So Emmanuelle reluctantly launches her father’s grand plan to get this Casanova someone to settle down with and help him lose his lothario reputation.

Cooper Endicott wanted to run for Mayor, but he never wanted the drama that went with it. Now that he’s on the political hamster wheel, the other candidates are digging up everything from his past. Even though he’s doing all the right things, his colorful love life is the sticking point for many of the conservative voters. He wants to win, badly, and he knows that if he wants any chance of getting a vote from the female population, he needs to change his image. The only problem? He might just be falling in love with the one person he promised not to pursue: the Mayor’s off-limits daughter.

A perfect blend of humor and heart, On the Corner of Love and Hate is the first in a new series from USA TODAY bestselling author Nina Bocci.

“In a lot of ways, Cooper was like the sun: you couldn’t fly close to it, or him, without getting burned.”

On The Corner of Love and Hate was on my most anticipated reads of 2019. I fell in love with Nina Bocci’s writing when she co-wrote Roman Crazy with Alice Clayton. So, when I heard that Nina was venturing out on her own, I couldn’t wait to see what she would bring to the table.

On The Corner of Love and Hate is a small town enemies to lovers romance that will leave you begging for more. If you are a fan of a super slow burn, this book is totally for you.

On The Corner of Love and Hate follows the story of Cooper and Emma. Cooper is well on his way to being the town’s next mayor. The only problem? He doesn’t take much seriously and his imagine is in desperate need of a makeover. And who better to help him out, but Emma. Emma wants nothing more to say no to Cooper, but their past and family connections keep her from turning him down. This new position will test Emma in ways she’s unprepared for. Cooper will do whatever it takes to clean up his image and land the job of a lifetime….

Overall, I thought this book was an ok read. I thought the story-line was fun and refreshing. I love small town romances and enjoyed the politics of the story. I thought this story had a really good enemies to lovers vibe. We have Cooper who is the town’s golden boy and total ladies man. He’s too charming for his own good. And then we have Emma. Emma is hardworking, stubborn and takes life far too seriously. Cooper certainly knew what buttons to push and just how to get under Emma’s skin. And while these two get on each others nerves, it was nice to see that they were actually pretty solid friends and have known one another for a long, long time. There weren’t a ton of steamy moments between our two main characters, but the ones that we did get were satisfying.

However, I did have a couple of issues with this story. The first being the slow burn. Now slow burning romances are something that I struggle with from time to time. Don’t get me wrong, I love a good fleshed out romance that just oozes tension. But, I found this one to be lacking. Sure I think that Cooper and Emma could have just been great friends and I could be ok with that. But, I think the story could have benefited with some chapters from their past, showing us the connection and chemistry between the characters. Also, I think it would have been nice to get inside of Cooper’s head. See what made him tick and show his feelings for Emma. As a reader, I felt like I needed more from Cooper and Emma. I needed more steam, more chemistry, more will they/won’t they moments, that sexual tension that just builds and builds until you want to explode. I needed to see why these two should be together and why I should be rooting for their happily ever after. For me, I found the romance to be lacking–almost like a women’s fiction story instead of a contemporary romance. I personally didn’t get a real romancey vibe until almost the end of the story. Like it took both of these characters FOREVER to come to terms with their feelings. And that might work great for some, but for me, I needed more.

Overall, I thought this book was an ok read. It was fun and entertaining. It was filled with politics and drama. The characters were easy to connect with and fun to get to know. I thought the story was written well and has some really great potential. And while this story wasn’t a 100% hit for me, I’m still glad to have checked it out and given it a chance. I think this series has great potential and I do look forward to seeing where it will go from here.

*I was provided an ARC copy of this book via the publisher & NetGalley, in exchange for an honest review* 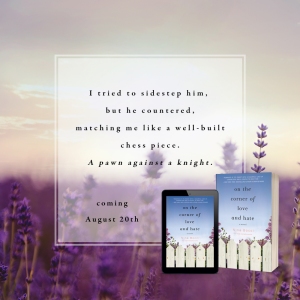 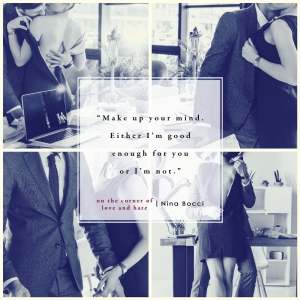