Waiting For Wednesday…..Keep Her Safe by KA Tucker 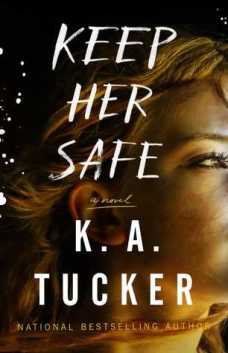 Noah Marshall has had a privileged life thanks to his mother, the highly decorated chief of the Austin Police Department. But all that changes the night she reveals a skeleton that’s been rattling in her closet for years: she doesn’t deserve her commendations or her medals—in fact, she deserves to be locked behind bars for what she did to a fellow officer to save her own reputation. When she finally succumbs to the guilt of destroying an innocent family’s life, she leaves Noah alone to carry the burden of this shocking secret, which she makes him vow never to share.

Gracie Reynolds wasn’t born into trailer park life, but after ten years of learning how to survive in The Hollow, it’s all she knows anymore. At least here people don’t care that she is a byproduct of a white mother and a black father. And they certainly don’t care that her dad was a corrupt Austin cop. Here, she and her mother can almost forget the shame he brought upon them…until a man who clearly doesn’t belong shows up on her doorstep one night, asking questions.

Together, Noah and Gracie set out to uncover the truth about the Austin police department’s dark and messy past­—but the scandal they uncover is bigger than they bargained for, and goes far higher up than they ever imagined.